USB, short for English Universal Serial Bus, is an external bus standard that regulates the connection and communication between computers and external devices. It is an interface technology applied in the PC field. The USB interface supports plug-and-play and hot-swap capabilities of the device. USB was jointly proposed by Intel, Compaq, IBM, Microsoft and other companies at the end of 1994. After years of development, the cheap USB connector has formed a variety of model interfaces.

USB Type A
The USB Type A is a rectangular mouth shape and is the most common interface in life. It is widely used in a variety of digital devices.

Mini B type
This kind of interface can be said to be a relatively common interface. This type of interface is superior in anti-missing insertion performance and compact in size. It has been widely used in MP3/4/5, mobile hard disk, psp game console, GPS navigator. , digital cameras, mobile phones, tablets and other products for data transmission and charging. 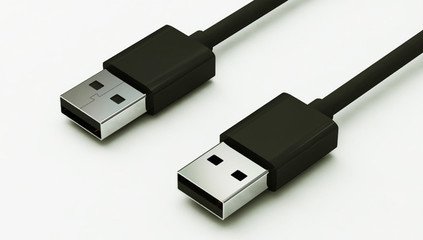 Micro USB
Micro USB is a portable version of the USB 2.0 standard, which is smaller than the Mini USB interface used in mobile phones. Micro-USB is the next-generation specification for Mini-USB, which was developed by USB Standardization Forum (USB-IF) in 2007. Completed on January 4th. Micro-USB supports OTG. What makes the Micro series unique is that they contain a stainless steel housing that is not a problem for thousands of insertions. The framework standard for "Power Adapters and Charger Solutions for Universal Mobile Terminals and Other ICT Devices" was discussed and approved at the ITU-T Study Group 5 (SG5) plenary meeting in Geneva, Switzerland, on October 26, 2009. And apply to enter the approval process. This makes Micro USB the standard for unified mobile phone chargers worldwide. Even most mobile phones today use Micro USB.

USB type-c
USB Type-C, referred to as USB-C. The highlights of the new interface are a slimmer design, faster transfer speeds (up to 10Gbps) and more powerful power transfer (up to 100W). The biggest feature of the Type-C double-sided pluggable interface is that it supports double-sided insertion of the USB interface, and formally solves the worldwide problem of "USB is always plugged in", and the front and back are plugged in casually. Today's mobile phones are gradually using the Type-C interface, and the future Type-C should become the new global unified mobile phone charger standard.http://www.fdragtech.com/