In the modern era, electronic devices are highly developed, covering the fields of computers and peripherals, automobiles, communications, consumer electronics, medical and military, and connectors are naturally widely used as an indispensable component in electronic devices. The role of the connector is very simple: to bridge the communication between blocked or isolated circuits in the circuit, so that the circuit circulation to achieve the intended function. Therefore, the connector is very important, and if it fails, it will affect the use of electronic equipment. In almost every area, connector barriers are a common problem, the most notable of which is the failure of electrical sensors and components in the automotive industry.
In general, a typical car contains more than 400 connectors, ranging from simple two-way connectors to complex 120-way connectors with 3000 independent posts. On the one hand, most of the connectors and connecting columns work well to the expected service life; on the other hand, each connector means a potential risk of failure. Studies have shown that about 30% of signal and accessory circuit failures in cars and 50% of power circuit failures are due to connector problems. In other applications, this data is equally applicable. Therefore, how to strengthen the maintenance and maintenance of the connector, reduce its potential failure risk and prolong the service life is a problem that cannot be ignored. 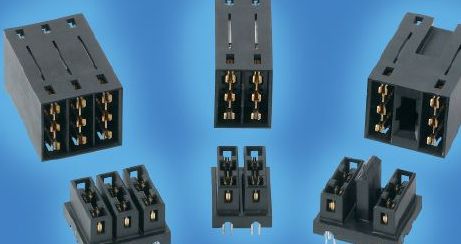 “The maintenance of the connector should start from the basics.” The research team leader of Shenzhen Youbaohui New Material Technology Co., Ltd., which has been committed to the development of environmentally friendly high-tech materials, said when talking about the problem, “Our team is different for different functions. It is from this point that dry film oils developed using connectors under ambient conditions are considered. So, how does dry film oil cure the connectors from the ground up?
First, increase the moisture resistance of the connector

Intrusion of moisture can affect the insulation properties of the connector and rust metal parts. However, the dry film oil is a lubricant containing solid lubricating lubricant particles of polytetrafluoroethylene (PTFE). When the solvent is volatilized, the dry surface layer is PTFE-lubricated particles, and the film formed on the surface of the connector can Very good dehumidification and moisture resistance.

Second, increase the temperature resistance of the connector

Third, increase the vibration resistance and impact resistance of the connector

Vibration and shock resistance are important properties of the connector. For example, in the automotive industry, automotive connectors are inevitably subject to engines, powertrains, brakes, fans, small motors, and thermal shocks. This low-amplitude vibration causes micro-movement of the connector's plating surface, which ultimately leads to connections. The surface of the device wears off and produces oxides on the surface of the original.

Fourth, reduce the insertion force of the connector

The electrical contacts of the connector are only connected at the bump points. When the apex of the contact oxidizes, the contact will be corroded, and eventually the poor contact dry film oil can prevent connector corrosion from two aspects. On the one hand, it isolates the connector from the environment and prevents oxidation. Intrusion of abrasive particles and avoiding the formation of insulating layers. On the other hand, it also functions as a buffer to effectively reduce micro-movement and prevent wear and corrosion.

Tin-made contacts are more susceptible to wear and corrosion because tin is easily oxidized and gold-plated contacts do not oxidize. However, this does not mean that EUBO Dry Film Oil has no benefit to gold-plated contacts. Generally, the thickness of the gold plating layer is on the order of micrometers, and the substrate is generally a copper or nickel metal plate. In micro-movement, the gold-plated layer wears out and causes the substrate to be exposed, and is more susceptible to corrosion.