What are the basic performance issues of the RJ45 connector?

What are the basic performance issues of the RJ45 connector?

The basic performance of RJ45 connectors can be divided into three categories: mechanical, electrical and environmental.

2 Insulation Resistance A measure of the insulation properties between electrical connector contacts and between the contacts and the enclosure, in the order of hundreds of megaohms to several gigaohms.

2 Intrusion of moisture-resistant moisture can affect the insulation performance of the joint h and corrode metal parts. Constant damp heat test conditions are relative humidity of 90% - 95% (according to product specifications, up to 98%), temperature +40 ± 20 ° C, test time according to product regulations, at least 96 hours. The alternating heat and humidity test is more stringent. RJ45 with transformer 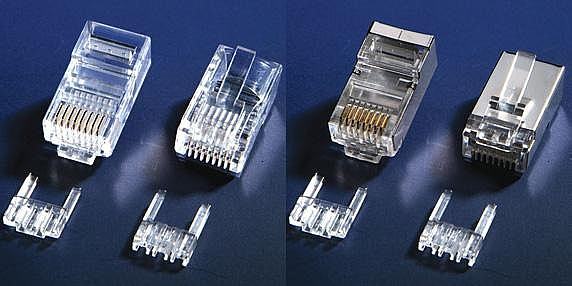 3 Salt spray resistance When the rj45 connector is used in an environment containing moisture and salt, the metal structural parts and the surface treatment layer of the contact parts may cause galvanic corrosion and affect the physical and electrical properties of the connector. In order to evaluate the ability of electrical connectors to withstand this environment, a salt spray test is specified. It suspends the connector in a temperature-controlled test chamber and sprays it with compressed air at a specified concentration of sodium chloride solution to form a salt spray atmosphere. The exposure time is specified by the product specification for at least 48 hours.

5 Other environmental performance According to the application requirements, other environmental properties of the electrical connector are also sealed (air leakage, liquid pressure), liquid impregnation (resistance to specific liquids), low air pressure, and the like.